Established in 2019, Ōtepoti Theatre Lab is an Ōtepoti/Dunedin-based initiative focused on supporting the development of diverse theatre voices from the south of New Zealand.

Prospect Park Productions was thrilled to premiere of Emily Duncan’s Le Sujet Parle, winner of Playmarket’s Plays for the Young (2014) and nominee for the prestigious Adam New Zealand Award 2019.

Translating to ‘the subject speaks,’ Le Sujet Parle consists of six diverse stories told from the perspective of six photographic subjects. Each explains their own truth, yet each has different views on how they have been ‘shot.’ The play was staged in Otago Museum‘s Beautiful Science Gallery, the world’s first laser-activated digital gallery, and was an immersive experience, weaving theatrical, technical, and artistic strands together.

ELOISE IN THE MIDDLE 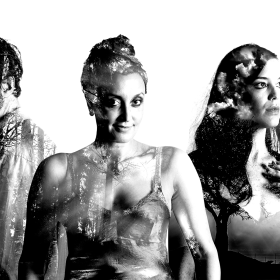 We are proud to present Dark Dunedin: Heaven Looks On, a three-part thriller podcast, with a Gothic Dunedin as its beating heart. As you accompany the protagonist on her journey, you’ll discover – or re-discover – nostalgic, historic, and supernatural features of and in the city; the whoosh of Lamson pipes at Penroses Department Store, twinkling stars in the St James theatre, and Kēhua, sprites, and demons dancing under the moonlight in the Town Belt.

When a young woman’s body is discovered in the Dunedin Town Belt, Louise Hepburn finds herself haunted by both the case and her past. A single woman of middle age, she likes to believe that she is an invisible woman in the Edinburgh of the south.

Identified as a potential witness, Louise must now unlock the mystery, following different paths of light that pass through the prism of Ōtepoti, the place of the steep points at the bottom of the world.

Produced entirely in Dunedin with a star cast and original music, this project was launched as part of Dunedin Fringe Festival 2018, with a guided walk through the Dunedin town belt, and a few of the sites featured in the podcast. Otago Access Radio aired the podcast for the first time in its entirety on air 11 March, with the podcast becoming downloadable the following night. 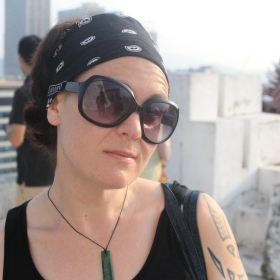 H-J Kilkelly is a Dunedin born and bred, Wellington-based producer.